Book here on our official website and get now the best rate with free cancellation! Enter the dates of your stay and check! This rate is available by booking only on this site.

Margherita Hack was one of the most brilliant minds of the Italian scentific community.
In 1945 she graduated in Physics, with an astrophysic thesis about cepheids - a class of variable stars - at the astronomic Observatory of Arcetri, where she begun to dedicate herself to stellar spettroscopy,which is her main research field.

From 1964 to 1997 she was ordinary professor of Astronomy at Trieste University, where, in 1998 she became Emeritus Professor.
She has been the first woman to direct an Astronomic Observatory in Italy, (in fact she directed the Astronomic Observatory of Trieste from 1964 to 1987). She has carried out an important activity of spreading and has given a significant contribute to the study research and spettral classification of many star categories. Throughout her direction, this institution which was the least significant in Italy, has been revitalized and led to international fame. The great development of teaching and research activities brought in the University by Margherita Hack, puts the need to create an Astronomy Institute. 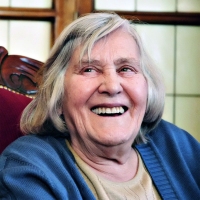 It was established in 1980 and substituted in 1985 by an Astronomy Department, which was directed by the scientist until 1990. She is an associate of Lincei National Academy, Astronomers International Union and of the Royal Astronomical Society.

In 1992, although she was out of permanent teaching because of her seniority, she carried on her research activity inside the University. In 1993 she was elected counsillor in Trieste.

Since 1997 she had been retired but she still directed the Inter-university Centre for Astrophysics and Cosmology (CIRAC) of Trieste and she dedicated herself to meetings and conferences in order to “spreading the knowledge of Astronomy and a scientific and rational mentality”.
She has worked with several american and european observatories and for a long time she has been an associate of ESA and NASA working groups.
In Italy, through an intensive work of promotion , the astronomical italian community spreads its activity using various satellites, reaching an international fame.
She has published more then 250 original books in international magazines and many books both of popular and university level alternating scientific books – about general astronomy and stellar spettroscopy addressed to university students and books with popular character. Among her publications we are reminded: Le nebulose e gli universi-isole (1959), La radioastronomia alla scoperta di un nuovo aspetto dell’Universo (1960), L’Universo. Pianeti, stelle e galassie (1963), Esplorazioni radioastronomiche (1964), L’Universo violento della radioastronomia (1983), Corso di astronomia (1984), L’Universo alle soglie del 2000 (1992), La galassia e le sue popolazioni (1992), Alla scoperta del sistema solare (1993), Cosmogonie contemporanee (1994), Una vita tra le stelle (1995), L’amica delle stelle (1998).

The essay Stellar Spettroscopy, which was written in Berkeley in 1959 with Otto Stuve (1897-1963) is still considered a book of fundamental importance.

In 1994 she was awarded the name-plate Giuseppe Piazzi for scientific research, while in 1995 she received the International Prize Cortina Ulisse for scientific spreading. Since 1989 she has been Scientific Guarantor of CICAP and, since 2002 she has been a member of the President Commetee of Atheists Union and Rationalist Agnostics; since 2005 she has been a member of Luca Coscioni Association for Scientific Research Freedom. Margherita Hack, toegether with Corrado Lamberti, was the editor of the astronomical culture magazine “Le Stelle”, aimed at spreading scientific results.